You are here: Home / Automotive Tips & Guides / What are the Impacts of Leaving Your Car Engine Idle? 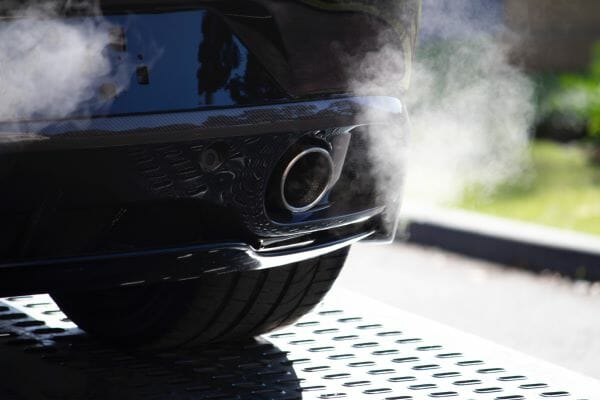 When a vehicle is idling, it releases more exhaust fumes into the environment than when it is in motion. These exhaust fumes contain carbon dioxide which contributes to global warming and climate change. Severe weather events such as major floods, storms and heatwaves are occurring as a result of climate change and this is having a severely detrimental impact on our habitats and ecosystems.

It’s vital that we work to reduce our carbon dioxide emissions to slow down or reverse the rate of climate change. By avoiding vehicle idling, you can reduce your carbon footprint and help to protect the environment.

When the air we breathe is polluted with these chemicals, we’re at increased risk of serious health problems. The Centers for Disease Control and Prevention estimate that between 1,000 and 4,300 additional premature deaths could take place nationally every year by 2050 if air pollution is not addressed.

Since the environmental and health impacts of vehicle idling are so severe, governments are taking steps to put legal restrictions on it. Some US states limit idling to between three and five minutes, with drivers risking tickets should they exceed these limits.

Other states have varying limits on idling for certain types of vehicles. Depending on the legislation and ordinances in your local area, you could face legal ramifications or expensive fines if you leave your car engine idle. For example, in Washington D.C. you can be charged $5,000 when your car is left idling for more than three minutes.

When you start your car’s engine, oil quickly circulates throughout the motor to lubricate the moving components. In the past this process took some time, but modern vehicles allow the engine to become lubricated far quicker. The process of driving then begins to thoroughly warm the engine up to an optimum temperature for burning fuel.

When you leave your engine idling for a long period, it doesn’t get hot enough to fully combust the fuel and instead the fuel leaves behind a residue. Over time, this residue can cause damage to your exhaust system and impact your car’s lifespan. When you avoid idling, you help to protect your vehicle’s engine.

To further increase the lifespan of the engine, don’t forget to follow some simple car maintenance.

Idling engines impact all of us, so turn your engine off when it’s not in motion. When you’re heading out in your car, avoid letting the engine run for more than a couple of minutes before pulling away.

Chris is a content writer who has helped to develop websites for international clients. Away from the keyboard, Chris has a strong community spirit, and enjoys volunteering for various charities and environmental projects in his local area.